Monopoly is a multi-player economics-themed board game. It is a board game that can be played with family, friends, and kids. The buying and trading properties of the game make it interesting for the players. You have to develop the hotels and houses. For this purpose, you roll the dice and reach a certain point in the game where they can get money from the bank, develop a house or hotel, collect rent from the opponent player, etc. Monopoly Board US Version

The game board of Monopoly consists of 28 properties and 40 spaces to play the game. 22 streets are grouped into 8 distinct color groups. Also, there are 2 utilities and 4 railroads. 3 chance spaces, 3 a luxury tax space, 3 community chest spaces, an income tax space, and four corners where it is going to jail, free parking, and go in or visit the jail.

Mr. Monopoly’s character, also known as Rich Uncle Pennybags was added to the Monopoly. The community chest spaces were added with a graphic of the chest containing coins. Also, the flat purchase prices of properties were added to the game. The community chest cards were basically in yellow and sometimes blue. There was no decoration or text on the back. The same was with chance cards, they were in orange color with no decoration or text on the back. There is a criticism on the Monopoly that it might be having a defined set of terms and conditions but to play it, you might need an unlimited amount of time to reach all terms and conditions. According to the former president of Parker Brothers, 45 minutes would be enough for Monopoly, but it can go on for hours.

The game is about trading, so there is no definite end in the game. If you are a trader, you know that you won’t stop trading in life. The same goes for Monopoly. The longest game of Monopoly ever played lasted 70 days. Why Does Monopoly Last So Long

The gameplay of Monopoly depends on people and how they play it. If 4 players are playing Monopoly, it can last for hours due to different reasons as follows: While playing Monopoly, if you and your group are using the basic rules than house rules, it will take around 90 minutes to play the game. Instead of following house rules that extend the gameplay of Monopoly, you can follow certain strategies for a shorter game. The main goal is to bankrupt the other players.

The rules of Monopoly are designed in a way to get one player a lead and bankrupt others. If you are not following the auction, then the other players will land on property space as safe space. It means no one will be paying the rent. Free parking injects $500 into the game. As a result, two to three turns are added to the game unless the leading player wins the game.

These house rules prolong the gameplay. Eventually, the flow of money is slowed down. If you follow the basic Monopoly rules, you can end the game within an hour. The Monopoly board game was invented to let people know that renting property shows unfairness. As a result, the owner of the property gets more money to own more properties. 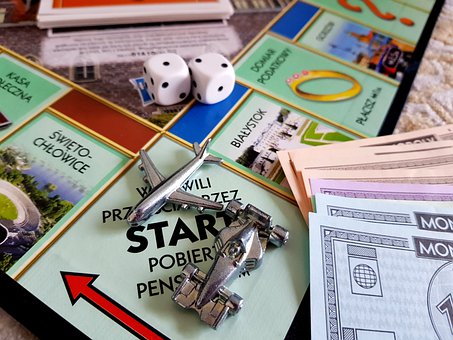 If you play the game with basic Monopoly rules, the game will end faster but if you play it by the house rules, then it might take hours, days, or weeks. To make longer gameplay, the Monopoly board game does not end until a player owns every single property. Also, you can prolong the gameplay with 66 properties without doubles. Hence, this is how you can play Monopoly for a longer time.

According to Hasbro, the longest Monopoly game ever played was for 70 days. It depends on the players, strategies and rules followed. Talking about four players of Pittsburgh college, played Monopoly for 5 days in 1961.

Other longest Monopoly game records are as follows:

Monopoly – A Fast Paced or Longest Board Game Ever

Monopoly, a family fun game can be played with basic equipment such as 2 utilities, 4 railroads, 16 streets, and 28 properties. Also, if you are playing with the basic rules of Monopoly, then you might complete it within an hour. To prolong the game, you can play by the house rules and add more properties. As a result, you will be able to set a new record for the longest Monopoly game ever played.