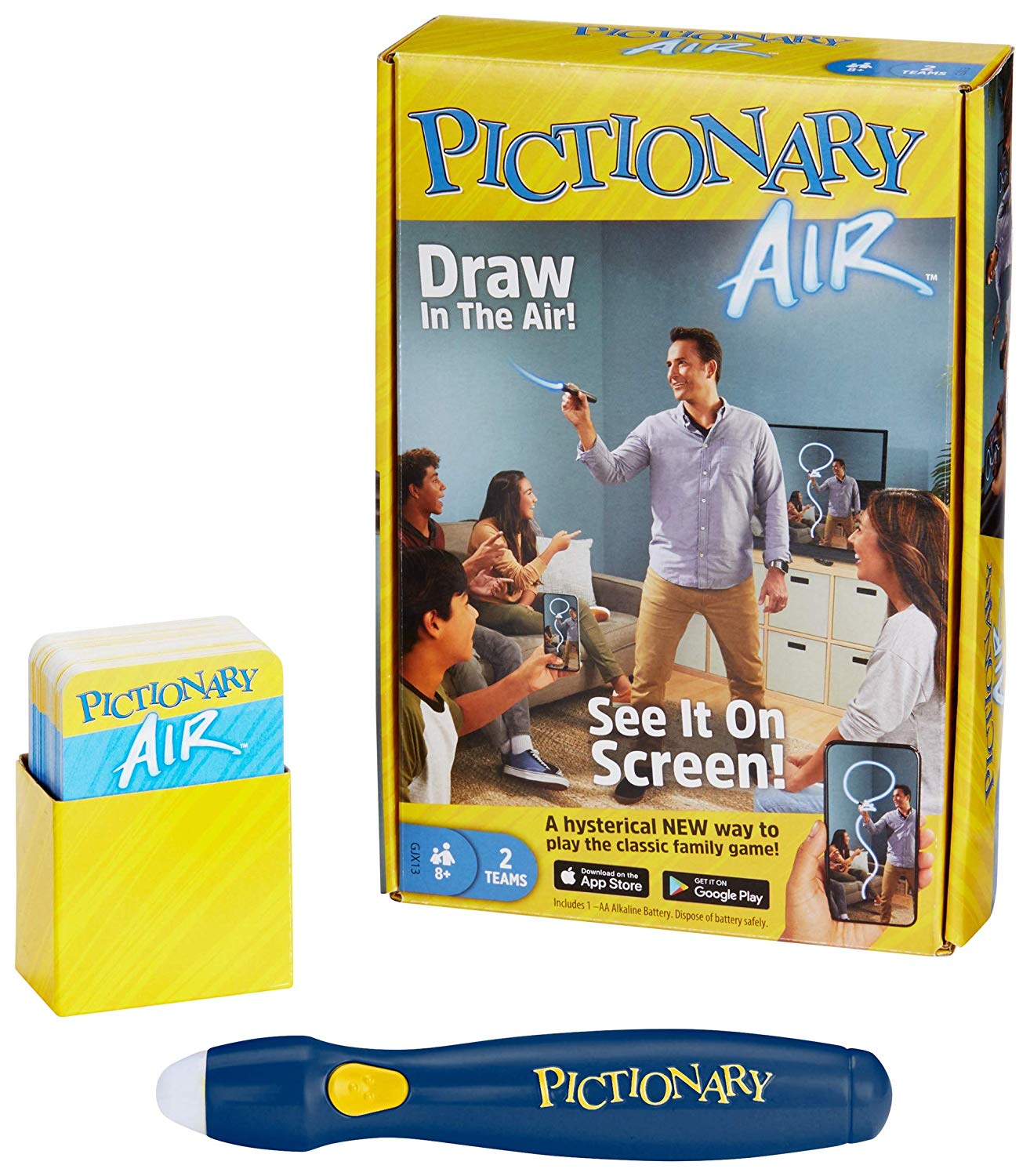 Pictionary is similar to charades, but instead of acting out the words that other players or teammates have to guess, you must draw a depiction of the words. A board game that is fun and simple, Pictionary has been around since 1985, and almost every household owns a set of Pictionary or knows how to play it. In the game, one or more players must sketch the word or phrase written in the cards included in the set, and the other players must find out what the drawing is trying to depict. The team that reaches the Finish square on the board by answering correctly multiple times wins the game.

Pictionary was invented in 1985 by Rob Angel, who got the idea for the board game while drinking with friends in his house in Seattle, Washington. Along with his friends, they developed the concept for Pictionary when they tried playing a game where they have to guess words from the dictionary by drawing them.

When Angel saw the massive success that Trivial Pursuit had when it released for North America in 1983, he figured that his idea for Pictionary might be successful too if he tried producing the game itself and sell it to the public.

With the help of his close friend Gary Everson and business partner Terry Langston, Angel was able to produce and sell Pictionary by creating a company called Angel Games. But Pictionary did not become an instant hit, as Angel Games were struggling to produce more sets to sell more in stores.

However, when a department store called Nordstrom placed an order for Pictionary sets, they were able to expand their business. The large order allowed them to produce more sets to reach the demand, which was quite high during that time because of how famous Nordstrom was. In 1987, Angel was able to sell 3 million copies of Pictionary, making it the second biggest-selling toy during that year.

Today, Angel Games is defunct, and Pictionary is currently owned by Mattel, who bought the rights for it from Hasbro.

There are different versions of Pictionary that were released, and some of them even have different sets of rules. For this gameplay guide, we will be using the Standard Edition that doesn’t have any special rules.

Before starting the game, each player must have a pen and a pad of paper where they will sketch the words. For better gameplay, it is recommended that you have a small whiteboard or blackboard so that all players can see the drawings clearly during specific instances in the game.

Players must then form two to four teams, depending on how many are playing. The players for each team must then take turns in becoming the picturist or the one who will sketch the words.

After forming a team, the player must then set up the board in a table. This board contains the Start square, the Finish square, and the squares in between them that have different colors and symbols.

If a game piece for a team landed on one colored square, then they must draw a card and sketch or guess the word or phrase written in the rectangle that has the same color as the square on the board. If the team’s game piece landed on a colored space with a symbol that shows four pencils, which is the all-play icon, then all players must participate in guessing the word or phrase being drawn by the picturist. For the Standard Edition, there is an added square that features all the colors on the board, and after a team lands on it, the picturist is then free to choose whatever word or phrase on the card he or she wants to draw.

But before this game mechanic happens, teams must first determine who will go first. Each team will roll a die, and whoever rolls the highest number will move first on the board. The team who goes first will then roll a die again to know how many spaces their game piece must move. After landing on a colored square, the assigned picturist will then draw a card on the deck, and the guessing game begins.

Players who are guessing have at least one minute to guess the word or phrase correctly. There is an included sand timer in the package that can be used for this mechanic, but players can use a timer on their phone if they feel that it is more accurate.

If the guessing players were able to answer correctly, they would have another chance to move by rolling a die again, but if they didn’t say the correct answer, then the next team will now take a turn. It is possible for one team to guess all the words correctly and win the game even if the other teams didn’t make a move.

Other Editions and Variants

There are not a lot of variants to choose from when buying Pictionary, unlike other board games where they incorporate elements from popular franchises like Star Wars and Harry Potter. However, it is understandable for Pictionary not to have franchise-focused editions because the words on the should be as random as possible, and featuring franchises can already give players a clue on what the words are even before the picturist finishes the sketch.

Nonetheless, Mattel and the other companies that owned Pictionary before has created several editions with added tweaks to the rules to keep the game interesting for newbies and veteran alike.

Published by Milton Bradley, this edition of the game features the classic set of rules that was popular from the game’s inception up to the early 2000s.

In this edition, each color and symbols found in the board’s squares represent different categories. These categories include Person, Place, or Animal; Object, and Difficult Words. Adults who grew up playing Pictionary may be more familiar with this version than the standard edition published by Mattel.

This edition of Pictionary gets rid of the most iconic aspect of the original board game, the sketching mechanic, and replaces it with cards the players must use to act out clues for the word or phrase.

The card game edition of Pictionary is relatively simpler and easier than the standard version, making it perfect for children.

The most recent version of the game, Pictionary Air is similar to the card game edition as it doesn’t require a board to play, but this time picturists must sketch clues in the air and other players need to use a special app on their smartphone or tablet where the sketch will show through the device’s camera.

Included in Pictionary Air set are the regular deck of cards and a unique electronic pen that allows picturists to draw in the air.

Pictionary Air utilizes a point system rather than the original Pictionary rule, where teams would need to reach the finish square to win. Whoever scores the most points, which are shown in the free Pictionary Air app, wins the game.

Pictionary is arguably one of the most accessible board games due to its simple mechanics that both kids and adults can learn in less than five minutes. Even if the Pictionary name gets tossed around by different companies over the years, the game will still exist for a long time, and people will keep playing it regardless if they have a set or not.